Dr. Gruen is Professor of Pediatrics, Genetics, and the Investigative Medicine Program at the Yale University School of Medicine. He earned consecutive undergraduate and medical degrees at Tulane University in New Orleans. After graduating medical school in 1981 he entered internship and residency training in Pediatrics at Yale New Haven Hospital. Following residency, he completed four years of NIH-sponsored fellowship in Neonatal-Perinatal Medicine at Yale, while concurrently training in basic science. He spent his first two years as a post-doctoral fellow in Cell Biology, followed by seven years in the nascent field of human genomics in the Department of Genetics. Dr. Gruen formally joined the Pediatrics faculty at Yale in 1988 as an Assistant Professor, dividing his time as a Neonatology attending in the Newborn Intensive Care Unit at Yale-New Haven Hospital and in his lab. He has been continuously funded through NIH grants as PI and consultant since 1990, as well as private foundations including the Charles H. Hood Foundation, the March of Dimes, and The Robert Leet and Clara Guthrie Patterson Trust. He was appointed Associate Professor of Pediatrics in 2000, with co-appointments in Genetics and The Investigative Medicine Program in 2006. He has served on the NICHD Subcommittee on Genomics of the Neonatal Research Network, the American Academy of Pediatrics National Committee on Genetics, and served/chaired ad hoc NIH study sections. Among other honors he is a member of the Alpha Omega Alpha Medical Honor Society, the Society for Pediatric Research, and holds an honorary professorship at Xi’an Jiaotong University, Xi’an, China. He is the principal investigator of two multicenter translational-genetics studies on dyslexia. The first, called the Genes, Reading and Dyslexia (GRaD) Study is a first of its kind case-control study of dyslexia in 1,435 African American and Hispanic American youth, with the goal of creating a genetic screening tool for early identification of children at risk for dyslexia. The second, called the New Haven Lexinome Project, is a longitudinal study of two consecutive first-grade classes in New Haven Public Schools, with the goal of testing the feasibility of precision education in a real-world public school setting, and response-to-intervention that includes whole-genome sequencing, and growth curve analyses through consecutive neuropsychological evaluations and functional imaging. Dr. Gruen is also principal investigator of the genomic analysis project for the Colorado Learning Disabilities Research Center, part of the on-going NICHD Learning Disabilities Research Centers Consortium established in 1989. He has mentored 13 predoctoral students, 4 doctoral students in genetics, 4 medical students, 3 associate research scientists, and 14 post-doctoral fellows.

Dr. Gruen’s research focus has been primarily in the mapping and discovery of genes for human diseases. His contribution to the Human Genome Project was the cloning of a large portion of the short arm of human chromosome 6. Early in his career he mapped the locus for hemochromatosis. In 2001 he shifted his focus to mapping and identifying genes for dyslexia, including DCDC2. The discovery of DCDC2 was cited as the 5th most important discovery of the Year 2005, by the journal, Science. Since then, Dr. Gruen has broadened the scope of his interests to other common learning disabilities including specific language impairment, speech sound disorder, and verbal trait disorders. He has over 80 peer-review publications in highly regarded scientific journals including Proceedings of the National Academy of Sciences, Nature Neuroscience, American Journal of Human Genetics, and PLoS One. 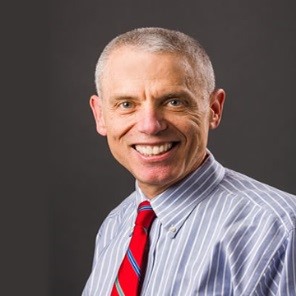